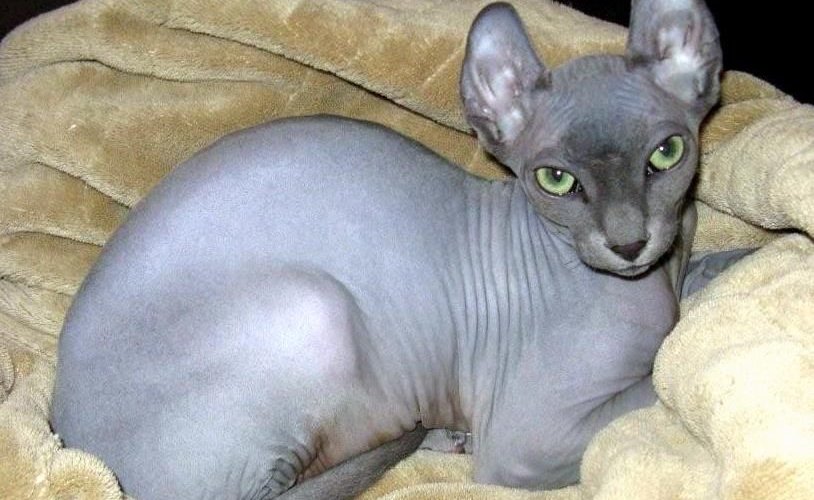 7 Breeds of Cats with No Fur or Hair

There are certain breeds of cats that are hairless with basically no fur. On the upside, these types of cats are pretty much easy to groom and are low maintenance pets that like to cuddle. On the downside, though, they can be quite hideous.


So why on earth will anyone want to keep such a hideous looking cat as a pet? For starters, hairless cats are the best compromise for cat lovers who are allergic to animal fur. They also have exotic looks that can be seen in many of the best exotic pets out there.

Not all cats with no fur have completely exposed skin though. Some breeds have a fine fuzz layer that completely sheaths the animal from adverse weather. If you’re looking to get a hairless cat because you’re allergic to animal fur or have a thing for creepy looking felines, well, here are 7 breeds of cats with no fur or hair you can consider:

This is the poster child for hairless cats and, in fact, is the first feline that comes to one’s head when hairless cats are mentioned. There are even some people who assume that this is the only species of a hairless cat that exists. This is probably because it is the most commonly seen cat with no fur.


While it does appear that the sphynx has no fur, it does actually have a fuzz covering that is light but effective. This, however, makes it an indoor cat that shouldn’t be exposed to excessive weather especially sunlight.

Though the absence of fur means you will not have to engage in grooming duty, you’re not safe from responsibilities as you still have to bathe the animal at least once in a week. 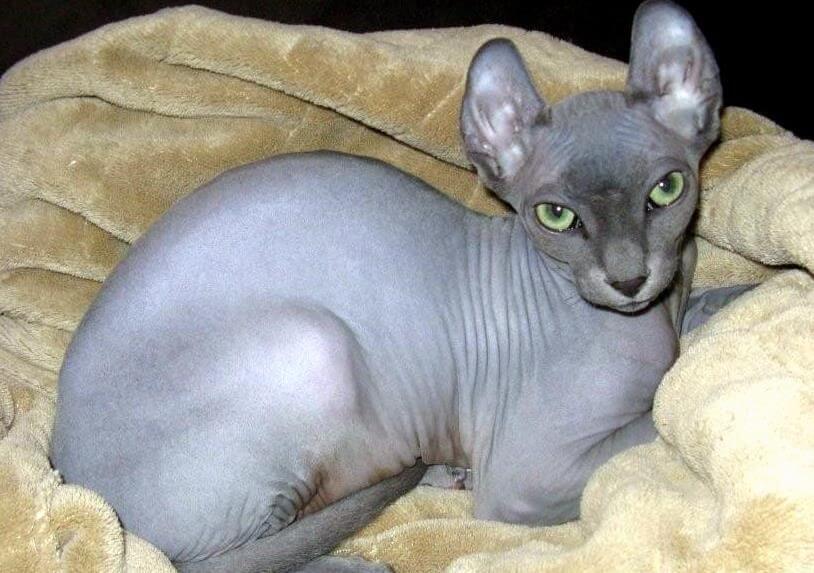 This is a hybrid cat that was created by combining the DNA of an American Curl and a Sphynx. One of this cat’s most apparent features is its set of adorable ears that curl behind to form points. This hybrid wasn’t just created for aesthetic purposes, it was done to actually rectify a commonly encountered problem in sphynx cats.


The sphynx is known to suffer from heart conditions that can be problematic for the animal and its owner; this hybrid, though, shows none of that health issue.

This is another hybrid pet that is basically a sort of upgrade on the sphynx. Originally created in the eastern European country, it blends the DNA of a folded-ear cat and the popular hairless cat. The cat’s skin isn’t completely exposed, though, as there is a thin layer of fuzz protecting it. This isn’t enough for you to let it loose outside, hence, the animal must be indoors most times.

If there is a breed of hairless cat with a physical trait that is tolerable then this probably is it. It is certainly an amusing cat to look at, that’s for sure.

If you’re a fan of “The Pinky and the Brain” animated series and have been looking for a pet that closely resembles the brilliant mouse with comically futile world domination schemes, then the bambino is the only pet for you.

Although, you should be warned that Brain’s look isn’t really that adorable in real life. Guess it is better than getting a feline version of Pinky; that will lead to total chaos.

Anyway, the Bambino is a dwarfed hybrid of the sphynx that incorporates the DNA of a Munchkin cat. It is a quite limited cat that doesn’t have the physique to do lots of fun activities. So, unless it’s going to be hanging out in your Chanel bag most of the time, it isn’t really an ideal pet for you. 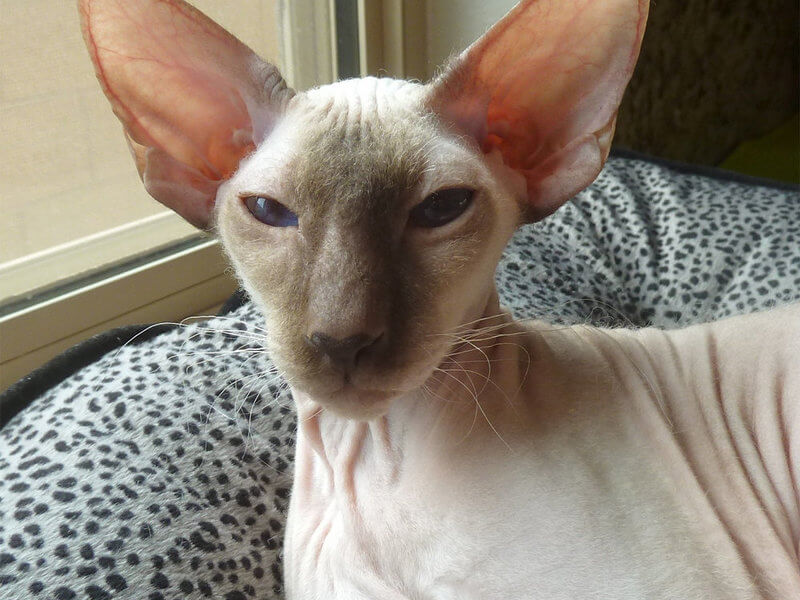 This is one of the most popular cats with no fur or hair. It is a hybrid of an Oriental Shorthair feline and a Donskoy, which is also called a Russian Hairless. This has a slender physique with a long head and narrow body that terminates with a long rat-like tail. You can call it the “Pinky” of cats as it does have similar physical and behavioural attributes to the carefree character.

The Peterbald is a quite loyal pet that is playful and active. So you must be ready to hang out with the animal if you get it as a pet.

The Donskoy looks almost like the sphynx and can be confused for its more popular relative if you don’t have a keen eye or know your cat species. The difference between both animals is mostly genetic with the Donskoy’s hairless gene being dominant while that of the sphinx is recessive.

It is also a loyal pet to have with many comparing its affection level to that of a dog.

Also known as the werewolf cat, it is an exotic breed that is probably the least common among hairless cats. It doesn’t contain any gene from the sphynx or Donskoy so can’t be categorized as a hybrid either.

It does have a unique wolf-like look that is striking and its skin isn’t exactly fur-less. There are mild patches of hair scattered across its body. It remains a hypoallergenic cat that is safe for you if you’ve got fur allergies.