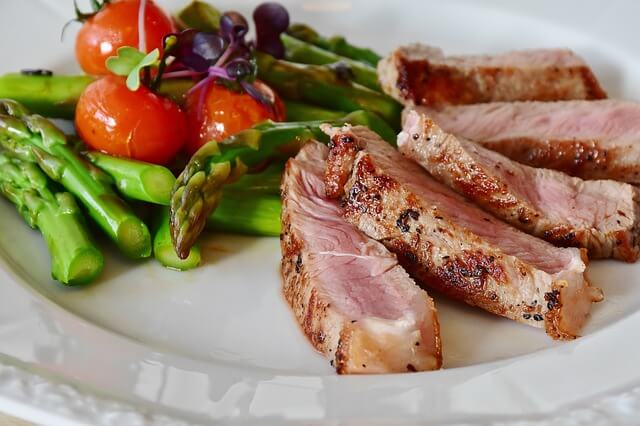 21 Fast Food Low Carb Options You Should Go For

If you’re on a low carb diet, it can be difficult to eat out in fast food restaurants especially if you’re on a budget. A lot of fast food meals have huge amounts of carbs in them, which is understandable since they are cheap foods that can be easily prepared at a go.

Though chicken is a low carb meal that is rich in protein, it isn’t really ideal for you especially if it is fried. Consuming fried chicken is proven to increase the risk of developing heart conditions and also some forms of cancer. It does also contain comparably high amounts of carbs, about 8-11 grams.

This is why KFC’s grilled chicken is one of the best low carb options out there. It isn’t only a much healthier version of chicken, it is also a low carb meal with less than 1 gram of carbs found in a medium-sized piece.

You’re probably more familiar with the fast food restaurant’s fried chicken nugget. Unfortunately, that meal is both unhealthy and quite carby. The grilled chicken nuggets are healthier and also tasty too. So you should definitely put it on your list of fast food low carb options to try out.

The shack burger is a delicious fast food meal that will send your taste buds into a frenzy. If you want to enjoy this meal without having to worry about carbs, just request for the burger to be bun-free and it will be served in a lettuce wrap.

This fast food restaurant is more cafeish than an actual fast food chain. It serves typical café meals like pastries, sandwiches, soup, salad, and of course, coffee. One of the few meals on the restaurant’s menu that isn’t high in carbs is its Panera bread power bowl. It has high protein content as well as a healthy mix of vegetables.

Buffalo wings are quite tasty and also low in carbs. They are also spicy due to the special red sauce that is used to cover the wings. Each small bowl of this delicious treat only contains less than 3 grams of carbs so you’re well covered in that area.

Chipotle has quite a lot of low carb options for you to choose from and as long as there are no tortillas in your combo, you’re safe carb-wise. You can also spice up your salad bowl by adding a variety of nutritious toppings. 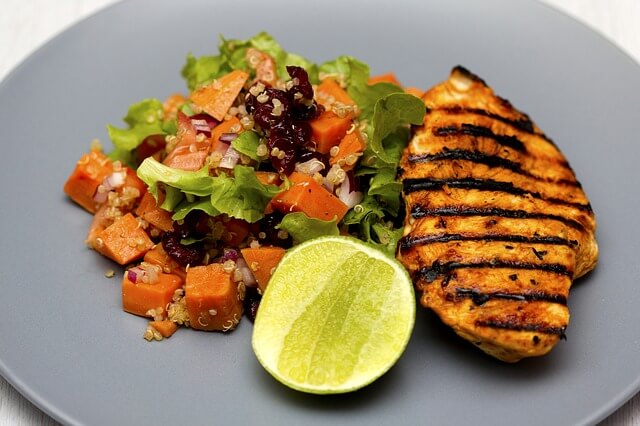 They say finding low carb meals in McDonald’s is like finding a needle in a haystack. Well, it seems the latter is now quite easy too as even the infamous Mickey D’s now has a few low carb options for you. The grilled chicken salad is, of course, the most popular meal among its line-up of low carb meals. It is also very delicious too.

If you want a fast food meal you can easily get or even prepare in the comfort of your home then this is the best option for you. Apart from its low carb composition, it also helps to lower blood sugar levels as well as reduce your appetite. This makes it an ideal meal if you’re on a diet.

One of the biggest fast food chains in the US, Arby’s has a variety of sandwiches that are both delicious and low in carbs. From the steak sandwich to the chicken sandwich as well as the ham sandwich, Arby’s offers some of the best sandwiches you’ll ever find. The only way to guarantee that these meals have low carbs, though, is to eat them without bread or buns.

If you don’t want any of Subway’s high carb sandwiches but don’t want a tasteless salad, then its tuna salad may certainly interest you. It is basically a combination of traditional salad and finely chopped tuna. It will certainly satisfy your taste buds as well as your health.

Another popular meal you can get at Subway is the rotisserie chicken salad. It is both tasty and healthy with a carb concentration that is below 1 gram. It is also a healthy option if you’re on a diet but still want to eat something tangible.

This is an unusual meal for an Italian fast food restaurant since most Italian food shops are renowned for high carb meals like pasta and pizza. The antipasto salad is a surprisingly delicious change, though, if you want an Italian meal that isn’t stacked with carbs. It is also good for burning weight.

Subway has been introducing new meals to its already stacked salad line-up and the double chicken chopped salad with avocado is the latest. Its carb content is modest with just about 6 grams per meal. The meal also contains 4 grams of fiber, which helps to reduce the calorie intake in your next meal.

The tortilla is the only high carb content that is found in a majority of burritos. So, removing it from the meal and eating your burrito from a bowl basically eliminates the main carb source. Some restaurants even let you choose the components of the burrito, so you can pick low carb components and remove those with excess carbs.

This is another low carb meal from McDonald’s, though, it does need some ingenuity from you. The breakfast sandwich itself has a whopping 29 grams of carbs. Consuming it without the bread reduces the carb content to just 2 grams though.

Arby’s roast turkey farmhouse salad isn’t only low in carbs (just about 7 grams), it is also rich in protein. It is definitely one of the most delicious low carb options you can get at any fast food restaurant. Do not confuse it with the crispy chicken farmhouse salad, though, as that has a lot more carb content.

Don’t let the name confuse you, it is simply a burger that is wrapped in lettuce instead of the normal buns. This basically eliminates the biggest source of carbs from the meal and also increases the nutrient that you get.

Taco Bell isn’t a fast food restaurant that is renowned for having a variety of low carb options. It is quite a surprise to find one of its meals on this list. The fresco crunchy taco beef is definitely the best low carb meal you can get from the restaurant.


You can eat it with the tortilla, which surprisingly has lower carb content compared to other tortillas. If you want it bare, though, that is also alright and probably more healthy.

Like the grilled chicken salad in McDonald’s, it contains low carbs and is also quite tasty. This fast food restaurant does include some special ingredients in its chicken salad like iceberg lettuce and romaine.

If you think the grilled chicken will be too much for you, you can always go for the chicken nuggets with salad. The nuggets are well-flavored and their carb content are quite low so you won’t have to worry about ruining your diet.

You know the drill; just order any of the two popular fast food meals and have the buns removed. That gives you a nutritious meal that has very low carbs.

If you enjoyed this read, check out this article on the best fast food veggie burger options you must try.