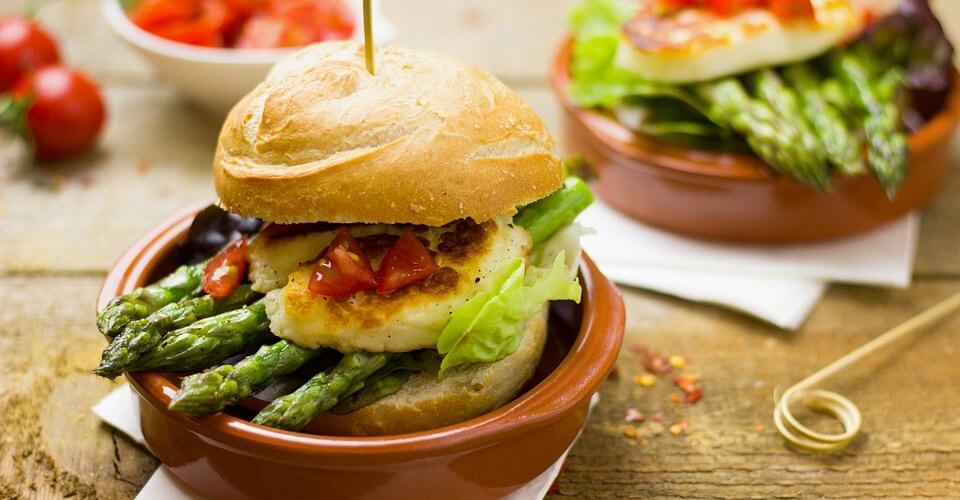 There was a time when finding fast food places with a menu containing veggie burger was as difficult as looking for a sober person at Woodstock. But with many fast food restaurants now starting to appreciate the importance of healthy meals, there has been a conscious attempt by most to change the perception that they only sell junk food.


The burger is perhaps the poster child of the fast food industry; it is also one of the unhealthiest meals that are sold in fast food chains around the world. There are some modifications that can be made to make it healthier for consumption though.

Of course, the most obvious and commonly seen change is substituting unhealthy patties like meat, cheese, and mustard for vegetables. This creates a veggie burger that is healthy for you to eat regularly.

If you’re looking for fast food veggie burger options, below are 9 of the best meals from different chains to try. You can also check out this article on 21 fast food low carb options for those on a diet.

Red Robin is renowned for its wide range of tasty veggie meals that satisfy your taste buds and soothes your health concerns. Its garden burger is one of its signature meals on its diverse menu. It is prepared with a BOCA original patty specifically for vegan burger.


It also contains other toppings like lettuce, tomatoes, pickles, and of course, Dijon sauce. If you wish to spice up your veggie patty, you can have steamed vegetables and wedge salad brought to you on the side of the burger.

If you want a burger that is prepared with veggie patty but looks and tastes just as delicious as any hamburger out there then this is the veggie burger for you. This awesome meal is brought to you by the restaurant renowned for making burgers with sauces and toppings that have a distinct savory taste.

The impossible burger is composed of a secret patty, cheese, caramelized onions, tomatoes, pickles, lettuce, and mustard. It gives you the full satisfaction of consuming animal patty burgers without any of the health risks attached.

This veggie burger looks appealing and is actually tasty. It is definitely one of the best fast food veggie burger options you can find. Its veggie patty comes from the stables of MorningStar Farms, which produces nutrient-rich vegetables and grains.

Other toppings that are in the burger include tomatoes, lettuce, crunchy pickles, white onions, and ketchup or mayo. Its buns also have toasted sesame seeds lodged on them.

If you haven’t had a mushroom burger before then you haven’t lived. Don’t worry, though, as you can now correct this terrible mistake by eating the Shroom Burger from Shake Shack. It is the fast food chain’s signature veggie burger that has got a lot of tongues mesmerized.


It basically replaces the meat patty in its burger with fried Portobello mushroom, adding special sauces and other toppings to give it a unique taste that can’t be replicated elsewhere.

Even Denny’s has begun adding vegetarian meals to its menu. With Amy’s now expanding its grocery store food service, it has entered into multiple partnerships with various fast food chains.

Among its partnerships is this collaboration with Denny’s to introduce a veggie burger to the popular fast food chain’s menu. The delicious burger is served with Pepper Jack cheese, tomato, spinach, and grilled mushroom.

White Castle is known for being one of the cheapest fast food restaurants, so it is quite surprising to hear that the chain has a vegetarian alternative to its signature $1.99 burgers. Its veggie slider, which was created by the California-based business, Impossible Foods, isn’t only healthier, it is also just as affordable.

It is basically a veggie burger that looks and tastes like a regular burger with the only difference being the plant components of the patty.

The vegan burger at the cheesecake factory is one of the healthiest fast food veggie burger options you can find. Its patty is composed of mushrooms, brown rice, and black beans. It is, indeed, a satisfying meal that is ideal if you’re on a diet or looking to avoid meat at all cost.


If you also want to reduce your carb intake, you can opt for sourdough or wheat bread instead of the regular bun. You can also choose not to have mayo and cheese in your toppings, replacing both with either spinach or avocado for a healthy balance.

If you want a veggie burger that is rare and unique in the fast food terrain, then this is definitely the best option for you. This chain’s veggie burger has a black bean patty that is gotten from Gardein. This gives the veggie burger a mesmerizing taste and smell that can’t be recreated in other fast food chains.

It also includes a variety of toppings like tomatoes and crispy lettuce, which adds some extra flavor to the meal.

This awesome veggie burger is both delicious and healthy. It substitutes animal patty with black bean, avocado and some cola onions for extra spice. This gives it a taste that bedazzles your taste buds.

You can also choose the toppings you want with the burger, ensuring that you have control over what you consume. Mayo and cheese are optional; though, the veggie burger does come with some French fries.